But if you have a long list of optional installs, you may want one or two items that are at the end of the alphabet pop to the top. Maybe it’s commonly requested software, or it could be an on-demand script that users run periodically (as opposed to something like Chrome, which users would install once, and then not have to install again).

You could make it the only featured item, but then there’d be a list of only one.

If you want to keep the long list of available items in optional installs but have one pop to the top of the list, just put a space in the front of the display_name (not the same as the name). 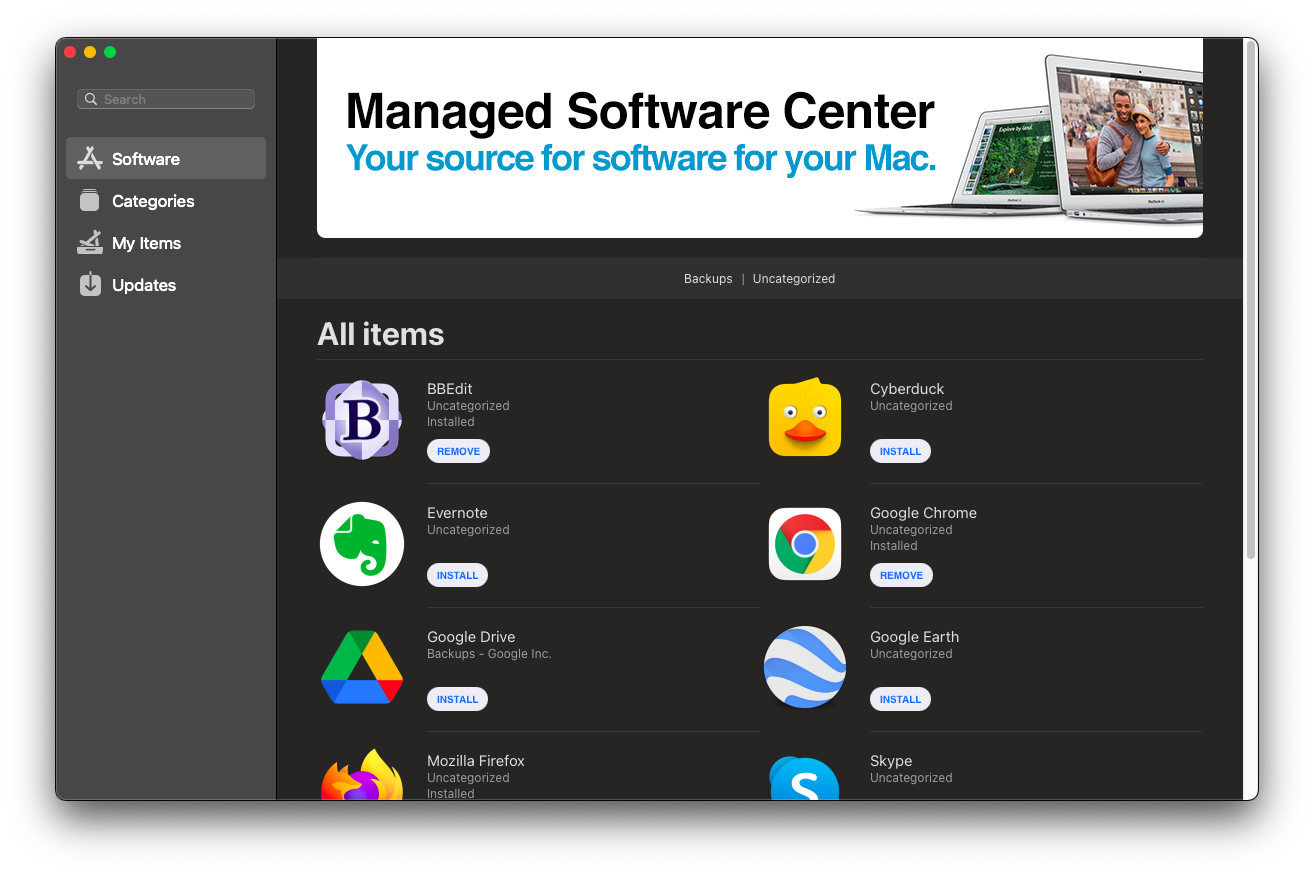 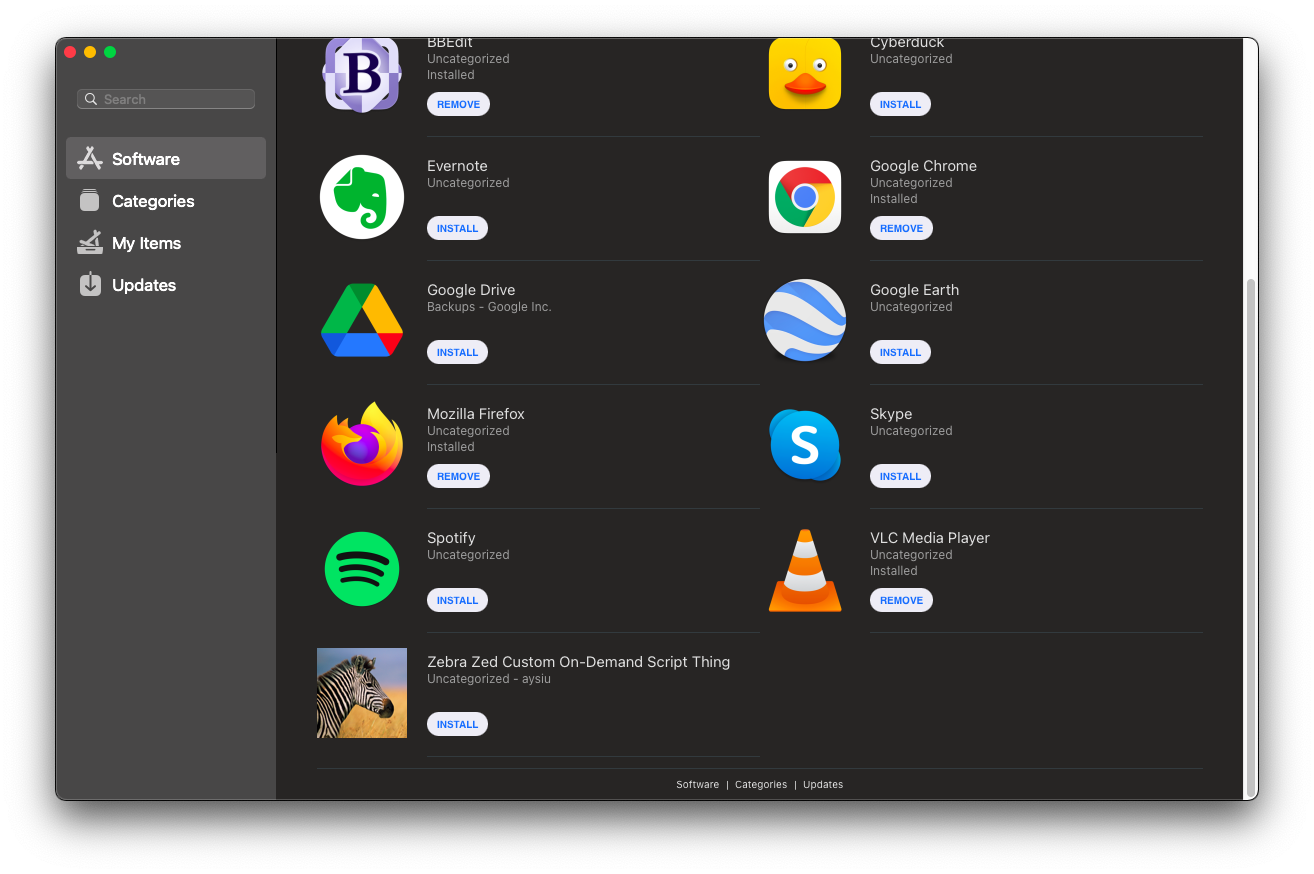 And once the space is at the front of the display_name, then the Zebra Zed Custom On-Demand Script Thing pops to the top of the list. The nice thing is—it’s not even super obvious that there’s a space in front: 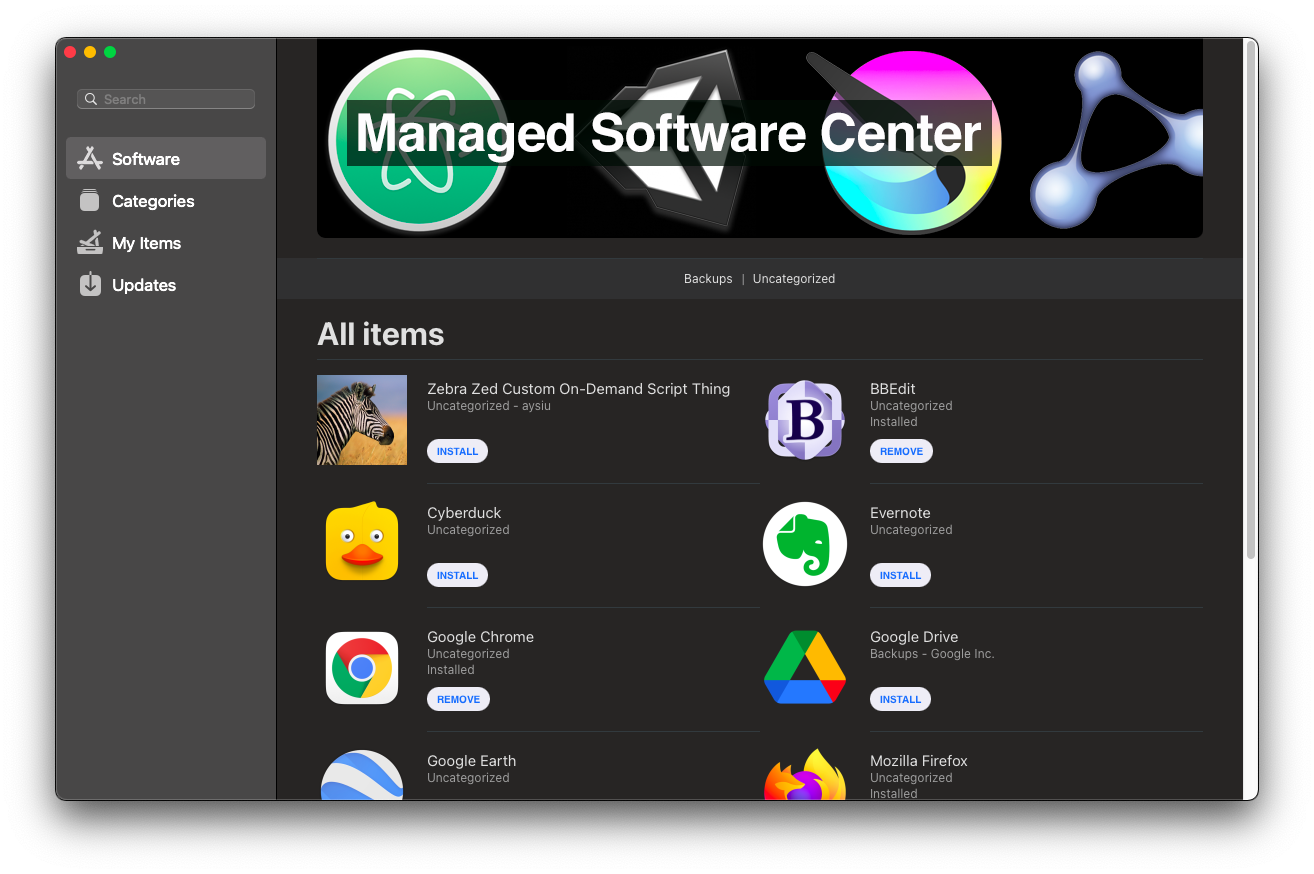 Special shout-out to @elios on the MacAdmins Slack for suggesting this little workaround.