Some basics of DEPNotify and a sample script

If you’ve been doing Munki admin’ing for a short while, you’ve probably heard people talk about DEPNotify, whose README says is “a small light weight notification app that was designed to let your users know what’s going on during a DEP enrollment.”

Aforementioned DEPNotify README is fairly comprehensive in terms of going over all the options. There’s also a project called DEPNotify-Starter, which has a sample script that’s, as of this writing, 827 lines long.

If you just want a super simple script to launch up DEPNotify and have it install some Munki stuff, I created a very, very simple sample script (DEPNotifyMunkiSample.sh) that just shows how you can use it without a ton of extra options. Once you wrap your head around that, you can always complicate it with more options.

This is what the sample script looks like in action if there’s only MunkiAdmin to install: 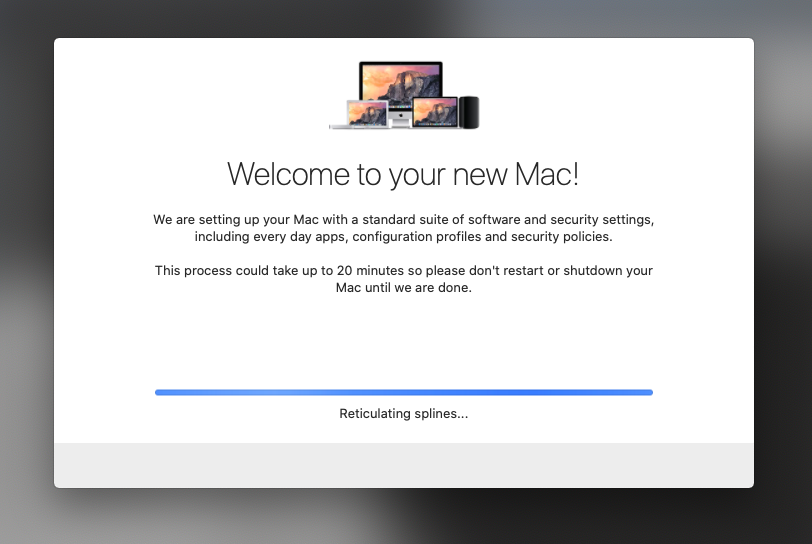 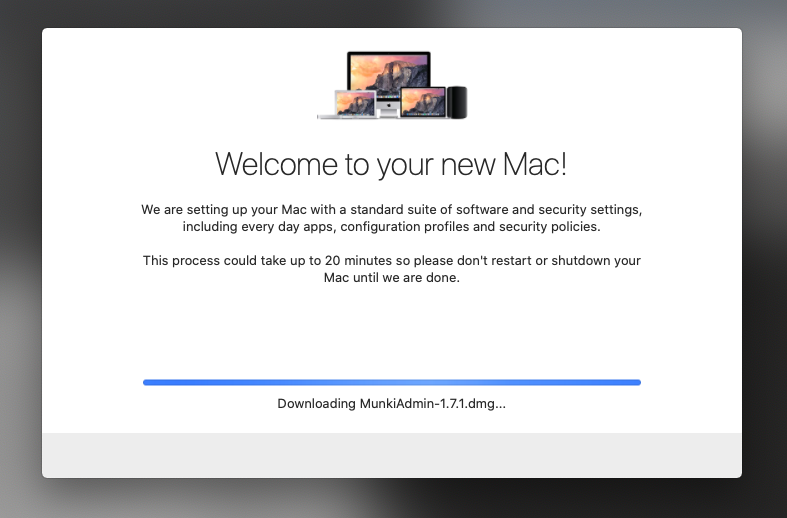 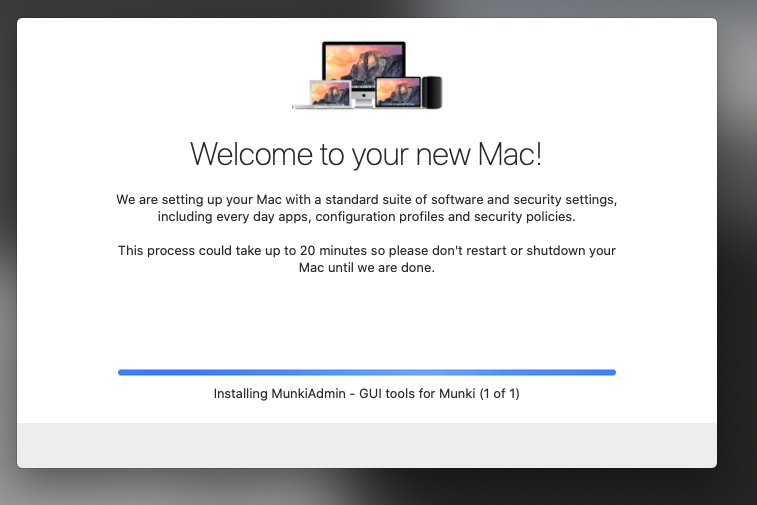