Why don’t Mac admins use MDM for Apple software updates?

People who administer Mac deployments at a large-ish scale (hundreds to tens of thousands—i.e., large enough that you have to automate things and can’t physically touch every machine to change settings or install updates) generally want to be able to patch software and macOS while giving a decent user experience.

I think you’ll find the vast majority of Mac admins (at least the ones on the MacAdmins Slack) don’t use MDM commands to install Apple software updates.

What we used to be able to do was use the softwareupdate binary to script installs of software updates, but Apple’s made it so that binary is unreliable for installing updates.

So a lot of Mac admins are relying on the “bother users until users install updates” approach, leveraging open source tools like Munki, Nudge, or Deprecation Notifier. 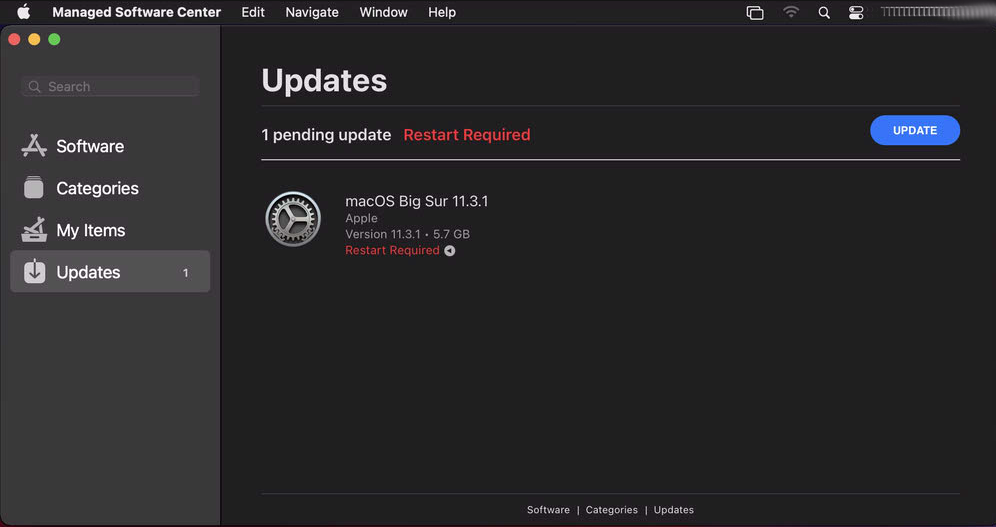 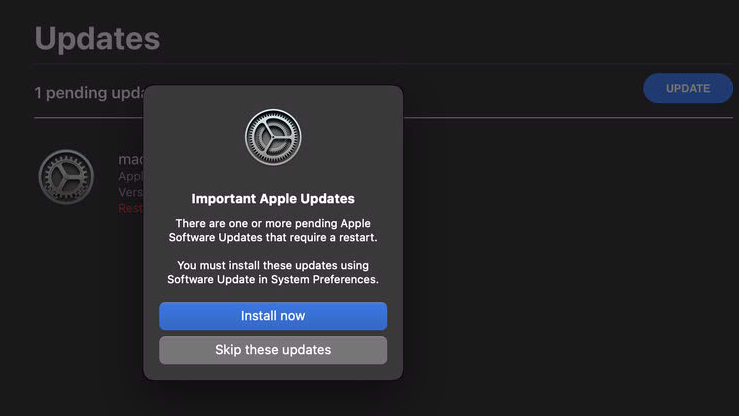 Well, why not use your MDM to send a command to install an update? That’s what Apple wants you to do.

Well—apart from the fact that Apple will allow you (via configuration profile) to delay updates for only up to 90 days—the user experience is terrible.

I’d tried it before and found it lacking, but I tried it again recently, and I’d recommend avoiding it at all costs. This is what my testing experience was like…

For a VM Mac on an older build of Catalina, I sent a command from the MDM to install OS updates (no ability from Jamf, it seems—someone correct me if I’m wrong—to specify which update).

After about a minute, a notification appeared on the Mac in the top-right corner of the screen saying that an OS update is available, with the options to try again in an hour, try again later tonight, or remind tomorrow. I didn’t select any option. I just left it there.

Since this was a VM, I suspended it (I don’t believe this is the same as putting a real Mac to sleep), because I wanted to see if the update would install the next morning.

The next morning, the update was still pending. So I left the VM up all night with some unsaved changes in a Numbers spreadsheet as well as Chrome open with a bunch of tabs.

More importantly, even though Chrome prompted to restore the tabs from the interrupted session, all my unsaved changes in Numbers were lost (they weren’t important to me, because this was just a test, but this is indicative of what real users might encounter if you just send an MDM command to install pending OS updates).

So, yeah, if you’re wondering why Mac admins just bother users (or coerce users via lost SSO access) to install macOS updates rather than using an MDM to send a command to install OS updates, this is why.

I have very little faith that Apple will ever implement an automated macOS update command via MDM that will be a good user experience or ensure that users will never lose unsaved changes because of an unexpected reboot, but I’d love to be wrong about this.

One response to “Why don’t Mac admins use MDM for Apple software updates?”